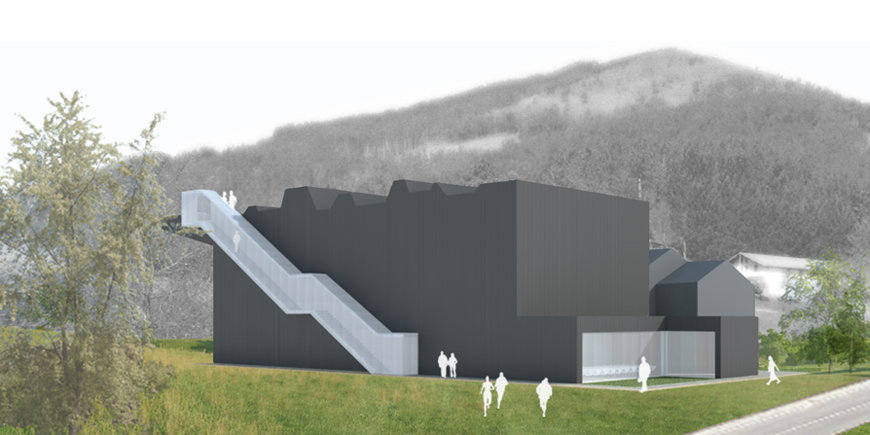 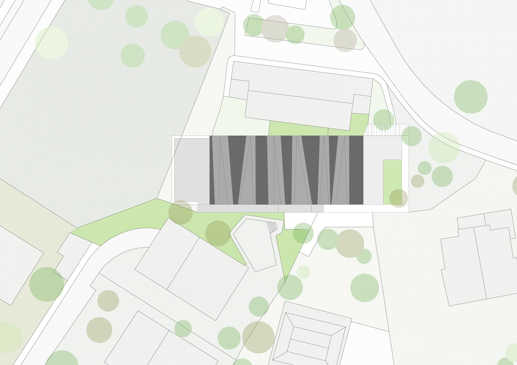 Our proposal for recovering the Maruri-Jatabe pelota court is an exercise of urban intervention that enhances the perception of the values contained in the landscape which surrounds the village. As an iconic element, the pelota court is placed inside the urban fabric in a singular position, next to the city hall and church. It works as the only public realm in the village -as a meeting point for the inhabitants-, while keeping its own identity as sport equipment. From the pelota court it is possible to understand the structure of the landscape, contained in the valley below Mount Jata.
Duality of public realm – sport equipment is seen as the essential feature of the building, its main value and, therefore, our proposal for recovering the pelota court is transformed into a proposal of envelope that combines this duality. Thus, a skin of U-shaped profiled glass is unfolded along the north façade, allowing direct visions over the city hall and the valley, while providing an indirect daylight that improves the conditions for the pelota games. A new access to the building and a small conference room, both lit from a small courtyard covered with flowers, are placed on the east side. A metallic staircase wrapped in a polycarbonate skin, climbing over the south wall of the pelota court, leads to a cantilevered viewing platform on the west side, where the landscape of Maruri-Jatabe can be perceived. 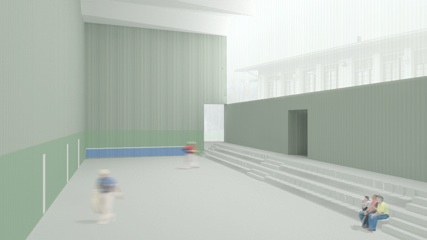 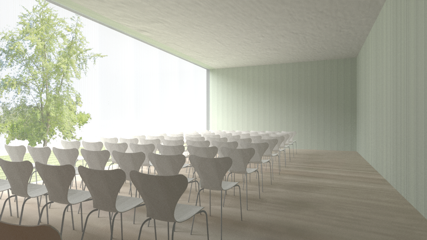