In urban landscapes, buildings are commonly in a clear and strong relationship with the public realm and the urban scenery, so an intervention in one of these buildings will necessary transform that close relationship. It could also be seen as an opportunity to create better places for the citizens. Thus, when new room on the ground floor is added to the College of Physicians headquarters, it comes up with an opportunity to build the new College of Physicians’ facade along General Mola street as its new public image.
Our proposal completely takes advantage of this opportunity. Therefore, we project on the ground floor a new access to the College of Physicians which resolves the current accessibility problems and protect the pedestrians from the access to the car park on the underground level. This new access separates off the public areas from the private ones as well as arranges other inner public and working flows, while it provides them with suitable conditions of daylight and natural ventilation.
We think that the public image of the College of Physicians needs a representative facade. Accordingly, we propose a textured glazing wall divided in three horizontal levels. Amidst them, the upper one where lecture rooms, assembly hall and social club are found assumes this public image of the building. The new image is in this way flexible and independent from the rhythmic pattern of windows on the façade. 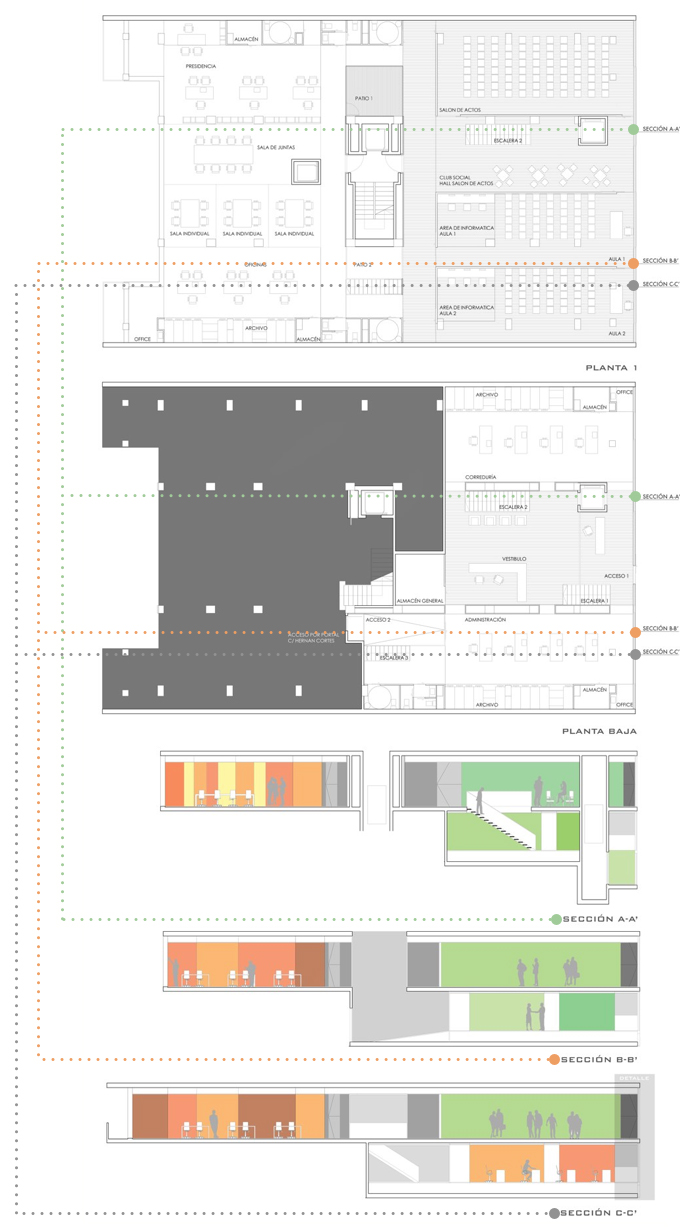 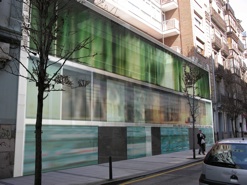 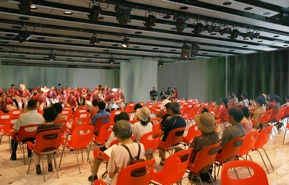 The ground floor is laid out around a small hall in which the users’ movements are arranged. A maximum flexibility is wanted on the upper floor: a large and continuous room with sliding panels is projected to be used for different functions. This logic of flexibility is also shown off at the façade: a continuous space, a continuous facade. This floor also responds to a rational model which looks for making the most of the available room and which could be modified according to the intended functions. The layout of offices and private spaces also keeps this logic of continuity.
Thus, two new opportunities appear: on one hand, work conditions in offices are improved because of the elimination of the inner partitions, bringing sunlight and fresh air in the upper floor. On the other hand, a temporary division of the working area can be made by moving small translucent panels and textiles along a system of built-in guides disposed on the suspended ceiling. Both panels and textiles use a colour code which responds to the character of the place as a public or a private space. 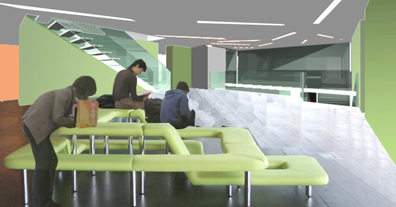