intervention in the building and the environment of the old power station in Bárzana, competition 3rd prize 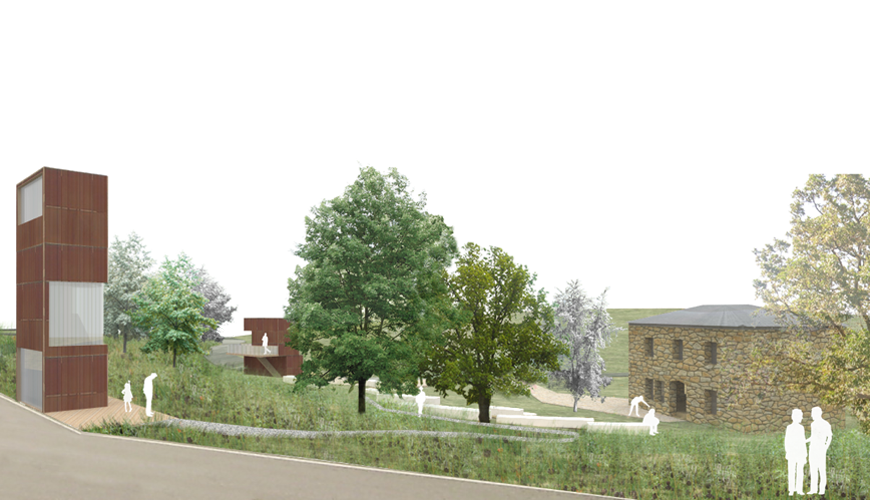 As many others rural infrastructures, the hydroelectric power station of Robloso, in Bárzana, has become a representative example of the improvements made to the spanish electrical power network from 1930 to 1960. Over the years, however, most of them were closed because of their poor outputs and replaced by more efficient infrastructures. As for the power station of Robloso, the abandonment offered an opportunity to recover the original vegetation of forest and scrub by gradually hiding each construction and accentuating the aesthetic sense of the ruins.
After some years of abandonment, the decision of developing a museum about the subject matter of “the water and its values as a general resource and particularly as a source of hydroelectric energy” has been taken. The plan for recovering the power station requires an intervention over all the elements of interest that belong to the memory of place: the water, the forest and the power station. Thus, the management of the forest is also a comprehensive part of our proposed plan. 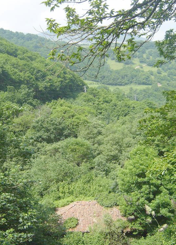 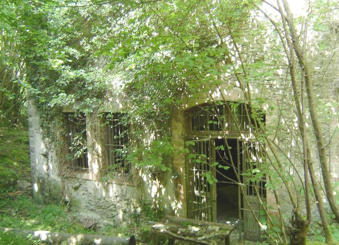 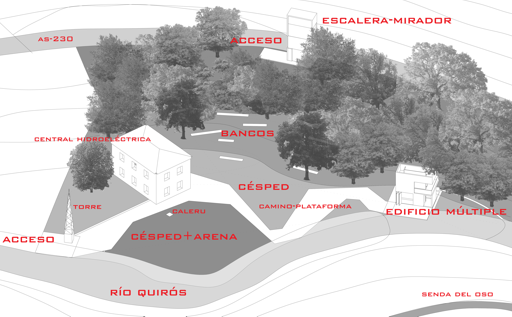 Our idea incorporates these elements of interest to interact with the landscape of water. The new stair-observation deck and the mixed-use building are the tools we propose to understand the complexity of this landscape.
Besides, we propose to transform the power station into a laboratory for contemporary artistic creation about the theme of water. The renovation and updating of the industrial elements includes the transformation of their surrounding spaces into platforms interconnected by longitudinal paths over the plot. These elements set up a complex system of links, through complementing the uses in a coherent and logical order, where these platforms play the role of transmitters of culture and experience: in these places, it is promoted a closer interaction with-and-from the artistic work itself as an element that dialogues with the landscape. Thus, the adjacent spaces to the power station give support to the development of cultural and artistic activities, such as theatre or video installation.
Quirós river is the natural border of the plot. Along it, one of the biggest green areas of the project is placed. Thanks to its size, many social activities can be celebrated there. 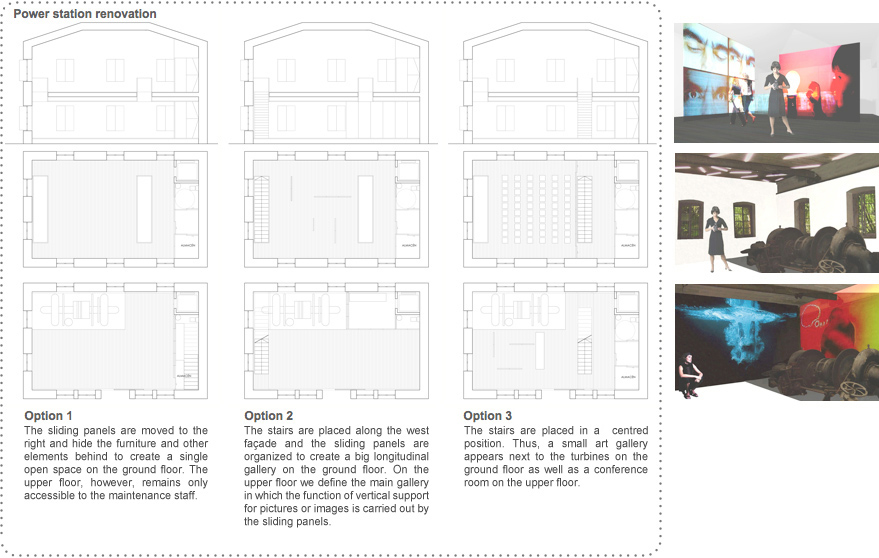 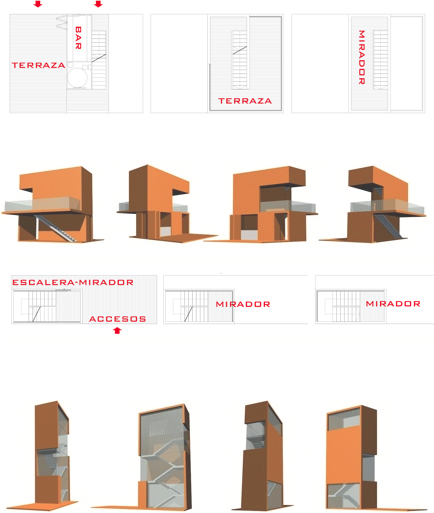 The mixed-use building is placed at the back of the plot, next to the weir and over the watercourse. Its program covers a small café with terrace where people may take some rest from the artistic activities and be relaxed with the sound of water. The balconies and the flat roof help us distinguish through the landscape other existing elements that originally took part into the generation of electricity, such as the spillway, the headrace and tailrace, the penstock and the pond.

The stair-observation deck, beside the upper access path, has some exceptional views over the plot. It provides us with a global understanding of the site while identifying both the surrounding landscape and the running of water in a sense of a process of creation. It marks one of the two possible access to the plot: a small path which slowly goes towards the ground level access of the power station. As the highest element in the plot, it becomes a landmark, pointing out the presence of the art centre-river-hydroelectric power station.